We present to you “Cool Stories In Music,”

a show where we take a famous group or artist, and along with their timeless hits we tell the story behind their music that few people know.

The music world is ripe with great back-stories of what was actually happening behind their success. Sam Cooke’s last hours before being shot in a seedy LA hotel; was he set up? Was his death a cover up by the LAPD?

Marvin Gaye’s cocaine fueled death scene at the hands of his father, how Hall and Oates met each other in an elevator as they ran from gang related gun fire at a party, or the fact that many of the hits by Three Dog Night were covers. Does that make them the most successful cover band of all time? 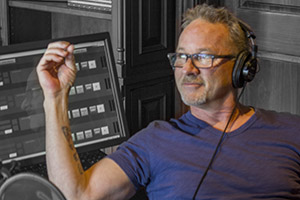 Mark Thompson, mostly known by his 27 years with the iconic, LA based “Mark and Brian Show, hosts “Cool Stories In Music”. After 45 years in radio, Mark is a seasoned broadcaster and gifted storyteller.

People that have listened to the show absolutely loved it and it is our belief that there is a place on terrestrial radio for “Cool Stories In Music.”

Here are a few comments from listeners of “Cool Stories.”

“Omg…this was fabulous Mark!! It brought back so many memories and yes, I did sing along with all the songs! Wow, you did it again Radio God! Thanks again for doing what you do and making our day a lot better with all the knowledge you have and continue to teach us! Can’t wait till the next one!!”

“Great show. I’m sitting here in disbelief at how I know so many of the songs you are playing and had no idea it was the same guy! Great artist. Thanks for all the hard work you put into these shows. And I must agree, that was a great ‘Bet ya didn’t know.”

“This is an amazing story, still got the chills. Love what your doing here Mark, love it!”